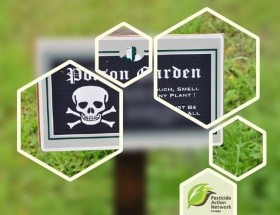 Pesticide Action Network (PAN) Europe investigated the compliance of the EU and member states’ institutions with the current law on pesticides. The results are not encouraging.

The analysis looks at 7 pesticides whose authorisations have recently been renewed. Under the legislation in force, independent scientific studies are required to be considered in the approval process. PAN Europe discovered 434 studies that identify the adverse effects of particular pesticides. Less than a quarter of these studies were addressed during the approval processes, whereas none of their findings were ultimately taken into consideration. The companies applying for the renewal of authorisations are consistently ignoring independent science, doing it with the approval of the member states and EU bodies. Such a practice poses an imminent danger to Europe’s natural environment and the health of its citizens.

EU Regulation 1107/2009 requires independent scientific studies to be taken into account for the approval process of pesticides. Prior to the entry into force of the regulation, industry-sponsored studies alone would suffice for the granting of approvals, and there was no obligation to take account of independent research. The current regulation has formally rectified the situation, but, as demonstrated by PAN Europe’s analysis, nothing has changed in substance.